A Radical Letting Go in the New Year 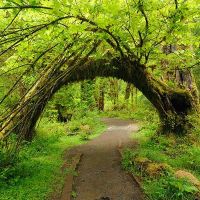 Forgiving in your Divorce………without Forgetting?

It’s a new year and that usually brings with it setting new goals, planning to acquire something like a new house or a new car, implementing strategies for making more money, or increasing your family. Likewise, resolutions can include things to have less of things like losing weight, paying off debt, or downsizing a household.

If the answer to that question involves transitioning out of a major relationship in your life, such as with a spouse or life-partner, you know how difficult the year ahead may feel for both of you. Or perhaps the previous year involved your break-up and you are finding it difficult to feel good about starting the new year with a fresh outlook.

What is this nagging feeling inside that hinders your ability to move on? In my almost 30 years as a  family law attorney and divorce mediator, I find the difficulty with both moving ahead and closure frequently involves the inability to forgive an intimate partner’s actions, emotions, or behaviors that either tore them away from you or laid the groundwork for you to initiate the separation yourself.

What can it feel like if you include in your new year’s resolutions the gift of letting go through forgiveness? We often think of forgiveness in terms of accepting someone’s apology, which also sometimes implies the request, “Can we forget this ever happened?”

But what if the forgiveness can begin with you, for your benefit? And does the other person even need to know about it? And what if you simply can’t entertain the notion of sweeping the offending experiences under the rug in an act of “forgetting”? Is there a different approach that allows us to forgive so we don’t continue to drag around the chains of blame and resentment? What does it really mean to forgive, even if you don’t want to forget?

Anne Lamott defines forgiveness as “Giving up all hopes of having had a better past.” I’ve heard this described as “a radical letting go,” if you will.  C.S. Lewis said, “Getting over a painful experience is much like crossing monkey bars. You have to let go at some point in order to move forward.”

How about trying this on, courtesy of renowned California mediator and conflict expert, Kenneth Cloke, “Forgiveness is releasing yourself from the burdens of your own false expectations.”

Crucial steps to doing this work – and its hard work – turn forgiveness on its head by asking you to try the following:

Begin the New Year with new perspectives on allowing forgiveness and you may find this your best year yet.

Felicia Soleil is a family law attorney and mediator. She helps her clients in achieving resolutions that foster both a compassionate ending to their union and a healthy new beginning for them and their families so they can focus on moving on, rather than simply moving out.  Felicia can be reached at 253-853-6940.  All consultations are strictly confidential