"Merry" or "Miserable" this holiday season: A primer for divorcing parents 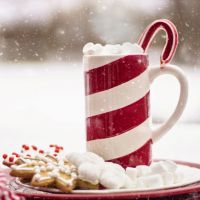 by Felicia Soleil, Attorney at Law/Mediator

During the weeks between Thanksgiving and New Year, we focus a lot of energy on our relationships with our children. Everyone struggles with the many layers of what it means to be a parent or a step-parent, whether your kids are still at home, or grown and perhaps with children of their own. Add the complexities of separated parents and the holidays and you have the ingredients for potential chaos. How can you put holiday planning into perspective for your children when there are multiple people who want to share them, including you?

As a divorce lawyer and mediator, I encourage clients to recall their best memories of their own childhood holidays. If they were children of divorce themselves, I often hear stories of being shuffled between parents’ and grandparents’ homes with never enough time, too much worry about where they have to be next, too much food, and the inability to enjoy the holiday. The grown-ups may have enjoyed themselves, but the children didn’t. Many adult clients raised with divorced parents tell me, “I don’t want my kids to have that kind of holiday!”

For newly separating clients raised with parents who remained together during their childhood, and who report having had “perfect family holidays,” it is not uncommon for them to explain the value they placed on duplicating their own childhood experiences for their kids during the marriage. After separation, a frequent challenge in mediation is one or both parents emphasizing the rigid continuation of their sacred traditions, often at the exclusion of the other parent.

Of course, the ideal solution is to structure continued shared Thanksgiving meals and Christmas or Hanukkah traditions, including both parents being present for Santa wake-up, and eventually extending invitations to new partners for holiday meals. However, realizing this is the exception, rather than the norm for two-home families, what is realistic?

How about the idea of letting go of established routines and creating new traditions that work for each of you independently, while allowing your kids to relax into the holidays rather than dread them? If one of you is the primary parent to have the children for Thanksgiving Day, can the other parent have a special dinner on an adjacent weekend? That sure beats two feasts in a six hour period if you insist on splitting the day between you, or the kids feeling guilty that the other parent is missing out if you are “alternating years.”

The same goes for Christmas and Hanukkah. How do your children feel about attending religious services with only one parent? Is Santa only invited to visit one home and only on the morning of December 25th?  If Santa isn’t the issue, can you create celebrations on nearby days that don’t require you both to cram in gifts, food, movies, extended family member visits all in one day and spread out the fun so everyone feels rested and festive?

As a mediator, I often find it comes down to competing priorities between parents and the need for one or both of the adults to hang on to traditions for themselves, giving little thought to the impact on the children. These “traditions” are often not based on the underlying meaning of the holiday, but on an aversion to change. Often, holiday traditions are the last foothold of consistency and predictability in one’s life and are needed to anchor the disruption that the ending of the intimate partnership has created.

While your children might also benefit from this “anchoring” in the first year or two of the separation, help your kids to understand there are many ways to celebrate throughout the season to avoid over-indulgence and tugs-of-war. Share with your children what you are grateful for and what is worth celebrating during the holidays, and allow their other parent to do the same. As I often ask, “What do you want your children to remember?”

Through her practice, Family Law Resolutions, Felicia Soleil helps her clients in achieving outcomes that foster both a compassionate ending to their union and a healthy new beginning for them and their families so they can focus on moving on, rather than simply moving out.  Felicia can be reached at 253-853-6940.  All consultations are strictly confidential.