The BIG 5: The most common FAQs on separation and divorce 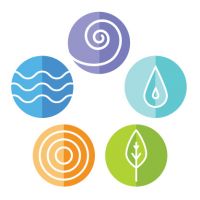 Helpful answers to the most frequent questions on marriage dissolution

After 26 years in Washington State family law, I hear these questions, often.  They come up in my practice time and time again. The better informed you are as you plan your separation or divorce, the smoother and less costly your transition can be—both financially and in terms of your emotional well-being. Working through these issues in mediation or in consultation with an attorney can definitely help avoid costly mistakes far into your future following divorce. And, yes, there is life beyond your divorce…I promise.

Q1.  Does one of us have to move out of our joint home before we can file for a divorce or obtain a legal separation?

Answer...No. Many couples prefer to stay in the same home while they work out agreements pertaining to whether one will eventually move out. You would be wise to consider the affordability of taking on a second residence only after all the finances can be reviewed so each party knows what other legal obligations might exist, such as child support, spousal maintenance and cash flow related to consumer debt payments. Committing to new housing costs may prove to be a costly mistake if they are not first budgeted into divorce-related financial commitments.

Of course, there are some instances where one person must move out quickly, such as domestic violence, uncontrolled anger, ongoing emotional abuse, and/or problems with alcohol or other substance abuse occurring within the marriage. However, when these concerns are not a factor, there are numerous couples who are able to navigate their separation by creating private spaces for themselves within the same household and establishing ground rules and boundaries for use of shared spaces while formulating workable post-separation budgets.

Q2.  If we want to sell the house as part of the divorce, do we have to wait until the house is sold before we can proceed with divorce or separation?

Answer...No. Many couples mistakenly believe they need to sell their home before being allowed to file for a divorce or separation. This, too, can lead to costly mistakes, including miscalculating home equity into their overall asset and debt distribution.

Isolating the equity from the rest of the assets and debts can potentially lead to challenges in balancing the overall settlement between both parties. In addition, you don’t want overlook weighing cash/liquid assets against non-liquid and possibly tax-deferred assets such as retirement and other investment accounts. Remember, $100,000 cash received from a house sale is not the same as $100,000 invested in a tax-deferred IRA or 401(k).

Waiting to proceed with negotiating a divorce or separation settlement until after your house sells may unnecessarily delay the resolution of interpersonal conflict and the ability to begin your emotional recovery. In other words, it is often wiser to move forward with the intended separation.  You can then incorporate for the eventual home sale into your overall plan, rather than delay moving forward with your separation until a house is sold.

If you still have children at home, it is critical to consider how a home sale impacts them.   Careful forethought must apply to planning for the adjustments your children face. Remember, in most cases, you and your co-parent will each be stationary in your new homes but your kids will now navigate two new homes, along with adjusting to life with newly separated parents. This does not mean you need to delay your proceedings, as lingering in an unhappy or unhealthy home is proven detrimental to your children’s mental and emotional well-being.  It is just as-important to consider their needs and how-to ease this transition for them along with your own.

Q3.  Do we have to take a cash distribution from a tax-deferred retirement account, such as an IRA or 401(k), if one of us is awarded part of the other’s retirement savings?

Answer...No.  Tax-deferred retirement accounts are subject to an IRS penalty for early withdrawal if made before the age of 59-1/2. And all distributions are subject to tax withholding at the time a cash distribution is made. However, if a transfer from one party’s tax-deferred retirement account to the other party is made pursuant to a divorce, a special court order (called a Qualified Domestic Relations Order, or QDRO) allows for the distribution to be made directly from the employee’s plan to another account established for the recipient. The QDRO instructs the plan administrator for the retirement account to make the transfer directly between accounts, thereby avoiding IRS penalties and an immediate tax obligation. The future tax obligation is then passed on to the recipient to be applied at the time the recipient eventually draws on those funds, the same as if it were the original employee taking a distribution.

Q4.  One of us has a pension through a government employer. Isn’t that the employee-spouse’s to keep since they earned it and it won’t be paid out until the employee retires?

Answer...No.  In the State of Washington, the portion of a pension earned during a marriage is considered a marital asset. Most pensions apply a formula that calculates the future benefit to a former spouse for their portion of the pension earned during the marriage that will be paid to them upon the eventual retirement of the employee. Through the use of a QDRO (See Q#3, above) or other required language in a court order, the former spouse’s interest will be calculated and preserved pending when the employee begins to be paid by the pension. At that time, the former spouse will also then be paid their portion of the marital component of the pension along with whatever amount was earned prior to the marriage and/or after the divorce.

Q5.  Neither of us wants to pay child support to the other because we are going to share the children 50/50. Do we still need to do an Order of Child Support?

Answer...Yes.  Child support in the State of Washington is not calculated based on the time each parent spends with the children, although that can sometimes influence the child support amount. Instead, child support is determined using each parent’s respective incomes. This is done so that children do not experience a significant loss in standard of living between households.  So, if one parent earns $100,000 annually and the other parent earns $60,000 annually, yet they each have the children the same amount of time, the mandatory child support calculations will still compute child support to be paid from the higher income earner to the lower income earner.

The equally-shared parenting schedule may allow for what is called a “deviation” in child support that reduces the higher-earner’s child support somewhat, but that deviation is discretionary with the court and may only be allowed if the court believes the reduction in support will not result in financial hardship to the parent, reflected in the children’s living conditions, who would otherwise be receiving the full amount of support.

Understandably, there are many other questions—and answers—to the issues surrounding separation and divorce.  The sooner you can involve a divorce professional, whether a mediator or attorney, you can create a plan.  Also, it makes it far more likely you and your divorcing spouse will understand the financial implications of your options, making you better able to make decisions.

For further educational reading, see my earlier blog: How to Divorce:  The value of your initial consultation.

Family Law Resolutions can be reached at 253-853-6940. All consultations are strictly confidential.